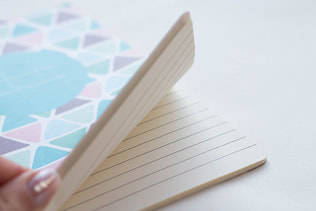 Minutes of the SCF Pickleball Club

January 13th, 2018
Prior to the meeting member(s) of the Social Committee had obtained snacks and water for the membership to enjoy during the meeting.

Paper tablets were circulated for Members who attended to print their names.

OLD BUSINESS:
Bruce announced that the first order of business was to approve the minutes from the last club’s meeting which took place on December 13, 2016.  The club had provided a copy on the club’s website and Bruce had some paper copies if members wanted to review them.  Bruce asked for discussion or for motion to be made to accept the minutes.  No discussion was requested from the membership and a motion was made and seconded to accept the minutes.  The motion was passed by unanimous voice vote.

Bruce then announced the new Executive Board Members for 2018.  Bill Klein as Vice President, Lori Denault as Secretary and Ernie Jerome as Player Development.  Each received approval by voice vote with 100% affirmative, 0% nays and no abstentions.

NEW BUSINESS:
Bruce began by recapping events that took place regarding the new courts at Wagner.  He mentioned that Roger, Bill (Baptista) and he worked tirelessly with Pulte to get some items corrected.  New gates were obtained between courts at no cost to the club but the club was told such funds came from funds earmarked for a speaker system.  Bruce mentioned how no speaker wire had been run during construction.  The court lights were changed from a timer system to a steady on to prevent complaints from area residents of seeing lights going off and on.  A barrier was installed under the ice machine as safety measure against snake attack.  The defibrillator unit was moved from being inside the locked storage shed and into the Men’s restroom that is unlocked during court hours of play.  The actual address of the facility was added to the court map legend in case someone has to phone 911 regarding a medical emergency.  A member added the station number should also be added.  Bruce stated that it has been mentioned to Pulte regarding cracks in the courts.  E-mails, conversations at meetings and photos have been presented to Pulte staff.  The Board has been in constant contact with Pulte since at least the spring on these issues and continue to work with Pulte

Bruce then went on to discuss the By Law amendments that had taken place.
Club dues is now due by the end of January instead of December.  This was done in hopes of avoiding the club pay a tax based on the year-end balance.  Revenue is received at the start of the year so club has the year to plan out expenditures.
The requirement of having two club officer’s sign a check for amounts over $25.00 was changed to amounts over $100.00.  At $25.00 when the club ordered four name tags that would require two signatures.

The financial audit will be done by the Audit Committee instead of a random selection from the membership.  This allows the club to select members with a financial background to complete the task.

Care Fund Items –
Bruce discussed the two items the club presented to be purchased via the Care Fund process.

Bulletin board was denied more than once.  First standalone type club preferred was denied.  Then wall mounted type club agreed to was also denied.  A few options the Pulte Board desired were added and approval was then granted.  The cost was $992.00 and thus under the Care Fund requirement ($1,000.00 requirement).  The Pulte Board decided to grant the item as a Care Fund item so the club spent about $250.00, the club’s share of the item cost.  As this occurred at year end the club was also given a tax waiver.

Bruce then turned over the meeting to Bill Baptista who provided the Treasurer’s Report.

Bill began by first thanking Judy Kuczek who had trained him and provided him a binder with details on what tasks had to be completed and how to complete them.  This binder he referred to as the Treasurer’s Binder who will be handed over to future Treasurer’s.

Bill stated one of the position requirements was to submit Bi-Annual reports to Pulte.  This is done by January 15 and July 15th.  Both reports were done last year and just last week the report due January 15 for this year was submitted.  The report consists of the member roster, financial numbers and club inventory of assets.  Judy had completed the inventory for the first time in 2016 and Bill only now needs to keep it updated.  The report is reviewed by Pulte Corporate auditor and they are satisfied with contents of the report.

An annual audit of the club’s financial reports and accounting procedures was completed.  Bill thanked Wayne Hatton and Cheryl McLaughlin who reviewed this last year.

Bill reported that the club roster was currently at 655 members.  That those members who do not pay their dues by Feb. 14th the roster system automatically removes them from the active file.  Last year the roster went from 652 on Feb. 14th to 503 on Feb. 15th, a drop of almost 25% of the club membership.  By November the roster went back up over 600 members.

It was announced that the year dues sticker would not be provided this year.  Bill’s personal feeling is he hopes people wear their name tags so we get to know each other.  With membership of 650 plus he can’t know every person by name and match names to faces and name tags help.

Financial transparency is done by the posting of a monthly financial report on the club’s website.

Bill then introduced Brock Taylor as the new Communications Chair who took over for Linette Barnes at the end of the year.  Brock posts these reports.

The reports have been posted since January 2017.  This report will give you revenue and expenses in categories for the specific month, past month’s totals and then a year to date column.  Two prior year totals are also on this report.

A 2018 proposed budget Bill presented to the Board to use as a guideline.  He reviewed past year’s expenses and revenues figures that he has access to.  Items such as social event budget, volunteer recognition are in the guideline.  About 300 members have paid to date but over 340 members have not which amounts to $3,400.00 in revenue not being received.  As such it is only a rough budget guideline for the Board to review until all revenue is accounted for.

Bill announced the balance at the end of fiscal year 2017 was $9,023.41.  A verbal tax waiver was granted and documented via e-mails.

The membership was asked if it had any questions and no questions were asked and the Treasurer’s report was completed.

Bruce then discussed need of volunteer’s and began to thank the different groups.  Those that head up a session and those that assist them.  Those that assist him as coaches at Basic classes which had 42 members in the last session.  He thanked Marty and others who take photos for the club.  Recently he has had help with maintenance of the courts with washing them, blowing off debris. At this point he acknowledged Ann Purvis who has been the In-House Tournament Director.  Ann in turn thanked all the members of her team that were present for all their help in past years.

Bruce then introduced John Woollums who is the current In-House Tournament Director.  John began by thanking Dave Pike, Ann’s husband for all the work he did behind the scenes.

John stated the goal this year is to have 200 participants, up from over 150 last year.  John assured the membership there is a place for all skill levels to play in.    John used projector to show the registration system for both players and volunteers.  If you don’t have a partner for a doubles event put your name in and they will work to find you one.

Player fee is one time charge of $20.00.  Those who are comfortable using Pickleballtournaments.com can use that system while others can leave a check in the club mailbox.

John went over the week’s schedule of events.  That on first day, Monday, the club would pay for the registered players and registered volunteer’s meal that will be provided by the Grille.  Others can purchase a meal for $6.00.  Beer will also be available for purchase.  Our very own Rich and his band will play as long as folks are enjoying the music.

If you are not sure of your rating, ask Bruce, Board Members and club members their thoughts. There is no reason for you not to participate as a player in the tournament, it is In-House, you are not competing with anyone from outside of the club.

John then acknowledged Al Gastellu who had put together some slide photos from last year’s event for the membership to enjoy which ended his presentation.

Bruce then took over and was asked what ball would be used.  He stated no formal discussion has taken place with the Board but his feeling is to remain with the current Onix ball.  The club in past prior years paid $2,000 - $2,100 annually for balls while last year paying $1,100 for balls.

Several types out there, looking to use the ball that is best for the membership as a whole.  We will see if the USAPA make any changes.

Bruce then discussed upcoming Mini-Tournaments.  These are free to members, part of your annual $10.00 dues.  The club will start with 3.5 to 5.0 and will have such events down to 2.0.
​
Those that may referee during In-House the mini-tournaments are a good way to practice.

Neil Johnson then got up and stated the USAPA website provides the rules of the game and a good place to start for learning to be a ref.  Some rule changes may be coming before our tournament.  Larry and Laurel Brannon assist him in sessions to learn how to referee.

At this time Bruce said he would speak in Ernie’s absence.  Ernie will head up the Player Development which is a new board position.  He discussed that our club joined the IPTPA about 5 weeks ago.  Soon the club will post the IPTPA listings on how to determine your skill level on our club website.  The IPTPA is more specific than the general terms used by the USAPA for skill level ratings.  Seeking a rating with the IPTPA is on a volunteer basis but we are seeking to provide our membership with many options and this is one of them.  We have no specifics at this time but have a goal of this fall to implement some.  There could be more session options for those that are rated by an organization.  Members enjoy playing games with those of a similar skill set.

Bruce concluded by stating that the club is always willing to hear about ideas, suggestions to add to our existing programs.  He did remind everyone that such suggestions may require even more volunteers to have them implemented.

A question and answer period then began.  Dave Pike presented the only question.  He noted the club purchased a ball machine and inquired if any procedures existed for its use.  Bruce answered that the machine was purchased on Dec. 31st and the Board will be putting procedures together in the future.

This concluded the meeting.

Bruce thanked the outgoing secretary, Nanci Bent who was back in Idaho and not present.

Bruce then called up to the podium Roger Nelson the former Vice President.  He thanked him for all his work as V.P., many hours diverted to the Track-It-Hub program.  Bruce then presented him with a token of appreciation and told him he had to share it with Donna.